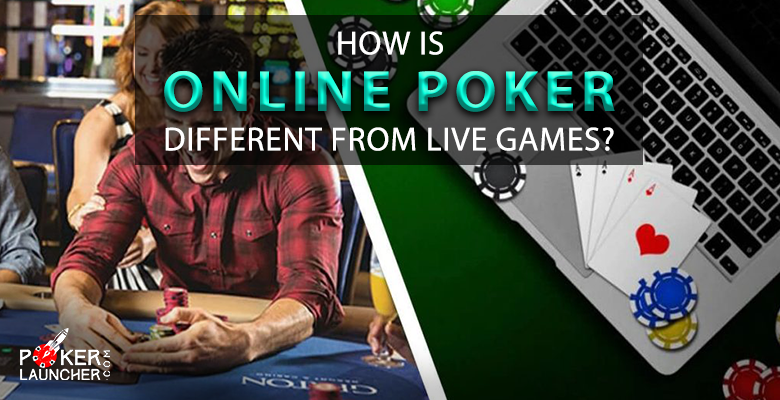 Whether you are playing poker live at a casino table or online on a computer, both games are primarily the same. In both cases, a flush trumps a straight. Online and live poker games have players who wager and bluff, as well as deliver and receive terrible beats. The skills that a player develops while playing poker in one format can easily be transferred to the other.

However, many poker players have pointed out that the online and live poker games couldn’t be more different. Some players have also associated it with the comparison between chess and checkers. Live poker is more akin to a sport than online poker, which majorly resembles a video game. Online poker is undoubtedly virtual, while live poker is the actual one.

Today, the majority of pro and seasoned poker players, as well as many others at all levels, play both online and live poker games. Those players that participate in both must be aware of the distinctions in how the two games are played.

Multi-way pots: Players can play more multi-way pots in a live poker game as compared to online poker. Players should prepare for more multiway scenarios in live games, whether it’s in tournaments or cash games. Players will frequently fold terrible hands online and move on to the next table. Live players, on the other hand, are obliged to sit at a single table and choose to play a large number of speculative hands in order to avoid getting bored and continue folding. In lower-stakes games, cold-calling 3-bets is prevalent. While these movements are rarely seen in an online poker game, they are frequently seen in live poker games, with several other players joining in on the fun. Players have to deal with these multiway pots and make required alterations to their poker strategy because there’s no other way around it.